The Canadian Task Force on Preventive Health Care just released an important recommendation for men to no longer choose the prostate specific antigen, or "PSA". They stated that PSA testing is not an effective screening tool since it can produce false-positive results, which then can lead to unnecessary treatments as well as unnecessary negative side-effects. This is just one more discovery showing why the PSA test may not be a good choice.*

In 2010, The Doctor (Richard Ablin) who invented the PSA test wrote an article titled "The Great Prostate Mistake". In this article, he described the PSA test as a "profit-driven public health disaster".  It was a true reality check to read how the developer of the PSA test felt about his invention. In that article, he stated "The medical community must confront reality and stop the inappropriate use of P.S.A. screening. Doing so would save billions of dollars and rescue millions of men from unnecessary, debilitating treatments".*

While only some doctors around the world have been negative to recommending the PSA test to their patients, now the word is really getting out and more people are realizing why PSA testing is not a good idea. More men these days are electing to not only pass on the PSA test but also passing on invasive prostate procedures while they seek out more safer and natural methods to improve their prostate function.*

What is a Natural Approach to Achieving a Healthy Prostate?* 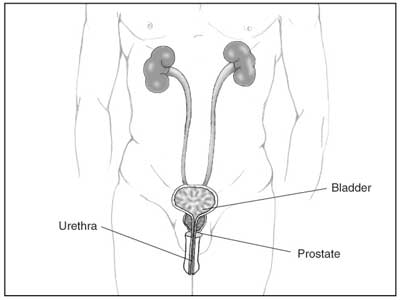 Get Well Natural, LLC believes in a more natural and holistic approach to prostate health backed by the understanding that the body can optimally heal, only after it receives the support it requires.*

This natural approach is based on Eastern Medicine principals and often involves making positive lifestyle & dietary changes, as well as consuming specific herbal & other dietary supplements. Eastern Medicine philosophies suggest that a more harmonious and balanced body is better equipped to heal its own prostate gland, and maintain prostate health as a man ages.*

The Doctors and Master Herbalist that designed Get Well Natural's products understood this Eastern Medicine approach and identified common imbalances that are associated with prostate conditions such as Prostate Cancer, Benign Prostatic Hyperplasia (BPH), also called Benign Enlargement of the Prostate or "BEP", and prostatitis (swelling and inflammation of the prostate gland).*

After many years of clinical experience working with their patients, they developed successful, all-natural protocols designed to provide essential support their patient's bodies required to achieve a healthy prostate gland. Just like standard Eastern Medicine practices, these protocols generally included positive lifestyle & dietary suggestions, but with an emphasis on key herbal medicine formulations and ingredients.*

While the doctors who developed these protocols found little success with their patients using common prostate ingredients such as saw palmetto, pygeum, beta-sitosterol or stinging nettle, they found great success with certain Eastern Medicine based herbal combinations at specific concentrations and ratios.*

Here is a list of Get Well Natural's exclusive products that contain formulas that were designed by these doctors for their patients concerned with prostate health:*

b. Uro Well, is an Eastern Medicine developed, dietary supplement designed to provides maximum health support for body in areas relating to urinary system including the kidneys, ureters, bladder, urethra, and prostate in men.* Since frequent urination can be an all-too-common symptom of men over 60, the developers used the herbal formulation in Uro Well to provide additional urinary support for any of their prostate concerned patients that required additional support.*

c. Dietary supplemental support for promoting effective detoxification was an extremely important factor for their prostate protocols. These doctors and herbalists believed that most all prostate conditions such as prostate cancer, BPH, or prostatitis was either worsened or originally caused by over toxicity within the body. This is why detoxification is crucial.*

Could regular detoxification protocols work as a kind of "fountain of youth"?*

We think so, and that is why many of us at Get Well Natural regularly use Cell Saver and Super Z-Lite as part of our regular health protocol year after year.

Note: All Get Well Natural products listed above do not contain common "unnatural" fillers found in most dietary supplements such as vegetable stearate, magnesium stearate, silicon dioxide, guar gum, titanium dioxide or silica. Also, no beef bovine capsules are used in these products, only kosher, vegetarian capsules.*

Eastern Medicine practitioners understands that good prostate health is best achieved when an optimal balance exist within the body and organ system. Around the world, there is a common understanding that a person's chosen lifestyle and dietary choices can directly impact the health of the prostate. Here are some commonly accepted dietary and lifestyle ideas that may impact your prostate health.*

Certain foods and beverages may help the prostate, while others may hurt it. Here is a list of the commonly accepted foods that either help, or hurt:*