Bras May Cause Back Pain and Sagging 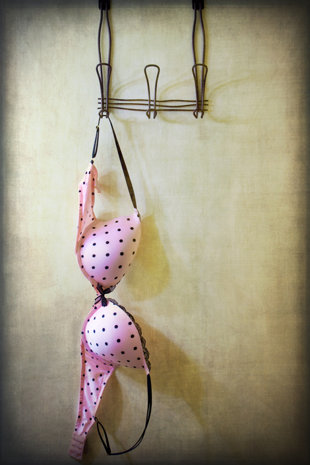 The bra business is an $11 billion a year industry, but bras may not be all that effective against back pain and sagging, according to a 15-year study of over 300 French women. In fact, researchers found that bras may contribute to breast sagging, and discontinuing their use can actually strengthen the breast, although after too many years of bra use, the effects may not be reversible. Yahoo!reports:

Researchers spent 15 years studying the breasts of over 330 French women, and concluded that wearing a bra does not prevent sagging or ease back pain as commonly thought:

"Medically, physiologically, anatomically - breasts gain no benefit from being denied gravity, Professor Jean-Denis Rouillon, from the University of Besançon, told France Info Radio. "On the contrary, they get saggier with a bra."

Taking measurements with a caliper, the researchers found that by not wearing a bra, muscles around the breast actually strengthened and the:

"nipple raised 7mm per year toward the shoulder." However, the scientists did not recommend all women abandon their bras since their muscles had probably already degraded."

Check out the full article here.