Aller Well May Offer Support For:

What is an Upper Respiratory Infection (URI)?

What Kinds of Upper Respiratory Tract Infections Are There?

In Traditional Chinese Medicine (TCM), practitioners believe that upper respiratory infections (URIs) are a sign that the body is in a state of imbalance and disharmony. Their goal in this situation is to support the body and encourage a return to a healthier state of balance and harmony. When in balance TCM practitioners believe the body will be better equipped to heal itself from the virus or bacteria causing the URI symptoms. In order to achieve this, they believe that one needs to provide the body and mind with stress reducing activities like detoxification, adequate clean water, effective herbal supplementation, healthy diet, exercise and other healthy and natural methods.*

What are Upper respiratory tract infections, (URTI or URI)?

From Wikipedia, the free encyclopedia http://en.wikipedia.org/wiki/Upper_respiratory_tract_infection 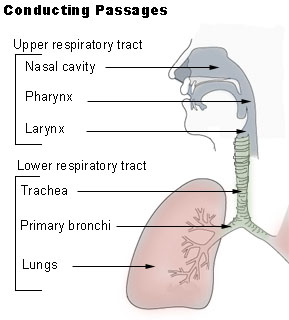 Up to 15% of acute pharyngitis cases may be caused by bacteria, commonly Group A streptococcus in Streptococcal pharyngitis ("Strep Throat"). Generally, patients with strep throat start with a sore throat as their first symptom and usually do not have runny nose or cough or sneezing.

Pain and pressure of the ear caused by a middle ear infection (Otitis media) and the reddening of the eye caused by Viral Conjunctivitis are often associated with upper respiratory infections.

Influenza (the flu) is a more systemic illness which can also involve the upper respiratory tract.

Judicious use of antibiotics can decrease unnecessary adverse effects of antibiotics as well as out-of-pocket costs to the patient. But more importantly, decreased antibiotic usage will prevent the rise of drug resistant bacteria, which is now a growing problem in the world. Health authorities have been strongly encouraging physicians to decrease the prescribing of antibiotics to treat common upper respiratory tract infections because antibiotic usage does not significantly reduce recovery time for these viral illnesses.[1]

Some have advocated a delayed antibiotic approach to treating URIs which seeks to reduce the consumption of antibiotics while attempting to maintain patient satisfaction. Most studies show no difference in improvement of symptoms between those treated with antibiotics right away and those with delayed prescriptions.[2] Most studies also show no difference in patient satisfaction, patient complications, symptoms between delayed and no antibiotics. It should be noted that a strategy of "no antibiotics" results in even less antibiotic use than a strategy of "delayed antibiotics". Until more effective treatments are available to treat the common respiratory viruses responsible for the majority of cases, treatment of URIs with rest, increased fluids, and symptomatic care with over-the-counter medications will remain the treatment of choice. However, in certain higher risk patients with underlying lung disease, such as chronic obstructive pulmonary disease (COPD), evidence does exist to support the treatment of URIs with antibiotics to shorten the course of illness and decrease treatment failure.[3]

The use of Vitamin C in the inhibition and treatment of upper respiratory infections has been suggested since the initial isolation of vitamin C in the 1930s. Several studies have failed to demonstrate that vitamin C supplementation reduces the incidence of colds in the normal healthy population, indicating that routine large dose prophylaxis with Vitamin C is not beneficial in widespread community usage. Some evidence exists to indicate that it could be justified in persons exposed to brief periods of severe physical exercise and/or cold environments. The evidence does not support the use of Vitamin C at the onset of colds as effective therapy.[4]