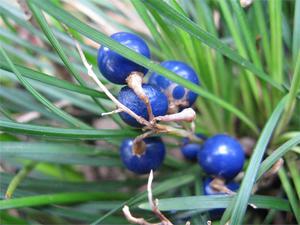 An evergreen Perennial growing to 0.3m by 1m. It is hardy to zone 7. It is in leaf all year, in flower in August, and the seeds ripen from September to October. The flowers are hermaphrodite (have both male and female organs) The plant prefers light (sandy) and medium (loamy) soils. The plant prefers acid, neutral and basic (alkaline) soils. It can grow in semi-shade (light woodland) or no shade. It requires moist or wet soil and can grow in water.*

Edible Parts: Root. Root. A bitterness should be removed according to some reports whilst another says that it is sweet and aromatic. Mucilaginous. The root contains about 1.6% protein, 0.5% fat, 80% carbohydrate, 2.3% ash.*

Antipyretic; Antiscrophulatic; Antitussive; Aphrodisiac; Cancer; Emollient; Expectorant; Nutritive; Pectoral; Sedative; Sialagogue; Stomachic; Tonic. The root is antitussive, aphrodisiac, expectorant, pectoral, sedative, sialogogue, stomachic and tonic. It is said to have anticancer activity. It is used internally in the treatment of dry coughs, fevers, thirst, dry constipation, insomnia, anxiety and palpitations. It is also frequently used in polyherbal treatments of diabetes mellitus. The roots have an antibacterial action, inhibiting the growth of Staphylococcus, E. coli, Bacillus subtilis, B. typhi etc. The roots are harvested in the spring and dried for later use. The plant is antipyretic, antiscrofulatic, antitussive, emollient, expectorant and tonic. Lowers blood pressure. Nodules on the fibrous roots are used as a nutritive tonic in the treatment of TB.*

In TCM Ophiopogonis Tuber is used internally in the treatment of dry coughs, fevers, thirst, dry constipation, insomnia, anxiety and palpitations and is also frequently used in polyherbal treatments of diabetes mellitus.*
×